If you’re a male considering facial plastic surgery in Salem, be prepared for positive attention.

A new study shows that men who undergo cosmetic surgery procedures on their face are deemed more attractive, likable and trustworthy, and have better social skills, according to a new study. 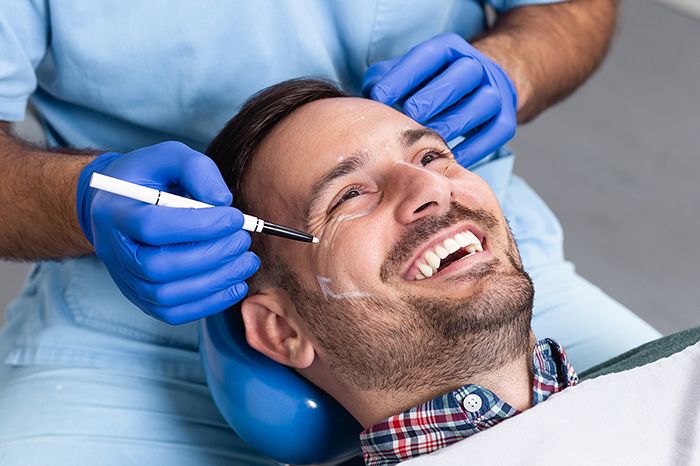 Before-and-after photos of the patients were shown to 145 strangers aged 25-34.

They were asked to rate the men based on attractiveness and personality traits that included how aggressive, extroverted, likable, risk-seeking, sociable, masculine and trustworthy they appeared.

In order to avoid bias, the respondents weren’t told about the reason for the study.

Six separate surveys were conducted, with pre- and post-op photos of different men, in an attempt to prevent recall bias.

Most of the procedures had no effect on overall masculinity ratings; a 2015 study on women by the same team found surgery did make them appear more feminine.

Dr. Reilly had some thoughts about the study. “The tendency to judge facial appearance is likely rooted in evolution, as studies suggest evaluating a person based on appearance is linked to survival—our animal instinct tells us to avoid those who are ill-willed and we know from previous research that personality traits are drawn from an individual’s neutral expressions,” he said. “Taken together, our findings suggest that both men and women undergoing facial cosmetic surgery can experience not only improved perception of attractiveness, but other positive changes in society’s perception of their persona,” he said.

Detractors of the study argue that the limited sample size and fact that the participants gave their consent – an indication of confidence – could have skewed the results.

Regardless, it’s an interesting look at society’s perceptions of male attractiveness and likability and could convince those on the fence to undergo facial plastic surgery.

If you would like more information on cosmetic procedures, schedule a consultation with a Salem provider today.